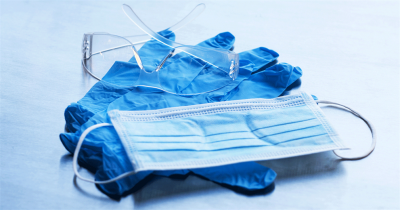 ROME – The Lazio Region has failed to procure personal protective equipment (PPE) for its doctors and nurses, after awarding Eco.Tech, an Italian-Chinese company, with a contract worth 35.8 million euros from March 16, of which over 11 million euros were advanced from the Lazio Region to the company in two payments, reveal documents in possession of the regional authorities.

Nicola Zingaretti, the President of Lazio, entrusted the multi-million euro contract to the small light bulb company which was not able to fulfil two of the three supplies requested by the region, and were not able to supply any masks with a filter (FFP2 and FFP3). The Regional Civil Protection Agency sent reminders to the company on March 27 and April 2, and since revoked the supply contracts and is ready to file a legal complaint, with lawyers assessing for damages, working on the return of the advance, and looking at additional penalties. The company did not announce that it would not be able to deliver on the contract, report Il Messaggero.

Il Fatto Quotidiano are in possession of the documents that identify Eco.Tech as the supplier of the masks, and after having been pressed for comment the company stated that: "we will clarify in the next few days, we are trying to resolve it.”

Chiara Colosimo, Lazio Regional Councillor of Brothers of Italy, has said that "if one doctor fell ill as a result of this serious behaviour it is right that they are ascertained," as quoted in Il Fatto Quotidiano.

Mrs. Colosimo also wrote to the Regional President Zingaretti, raising questions as to the prices that Eco.Tech were charging for the masks, with another company managing to supply FFP2 masks at a unit cost of 2.60 euros, and Eco.Tech charging a unit price of 3.60 euros, according to Rassegneitalia.

Eco.Tech is based in Frascati, on the outskirts of Rome, and specialises in designer LED lamps. A 49 per cent partner in the company is Pan Hongyi, a Chinese citizen officially residing in the city of Ningbo, China, reports Roma Today.