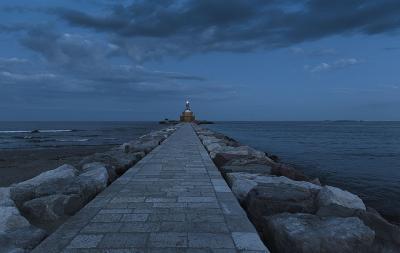 VENICE – Two women were found dead in the lagoon in the early hours of Tuesday morning, after they took a trip on a motorboat which departed from the Punta Sabbinoni at midnight and was headed for the Lido, reports Il Gazzettino di Venezia. There were no witnesses, and the passengers allegedly fell into the lagoon from the motorboat. Another hypothesis investigators are considering is that they committed an act of suicide, Il Messaggero reports.

The two women are thought to be of North African descent, and the only other person on board was the commander of the vessel, reports Momento Sera.

When the ferry docked at the Lido, the captain noticed that the two passengers were missing and that only their shoes remained on the vessel, and so altered the authorities and went back with them to begin the search.

After two hours, two corpses were recovered by the firefighters near the Mose sluice gates. The bodies were loaded aboard a firefighter boat and taken to Marittima, with the the harbour authorities and the carabinieri also in assistance, reports Il Fatto Quotidiano.