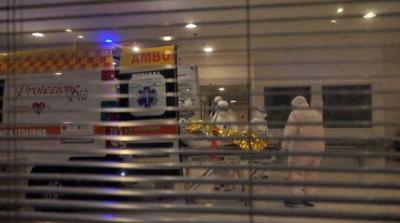 ROME – There were only 36 new positive coronavirus cases in Rome over 24 hours as recorded in the regional bulletin, and the rate of infection in Rome could be close to zero by the end of April, claimed Alessio D'Amato, Councillor for Health of the Lazio Region, in an interview with Il Messaggero. “The slowdown is linked to the containment measures. The positives cases we are finding today are, on average, infected from 14 days ago.”

“In Lazio, according to our experts, the ‘R’ is already below 1. We are convinced that in Rome it will arrive near zero at the end of the month,” he said. ‘R’ stands for the reproduction number, or the average number of secondary cases each case generates, and as part of suppression tactics it is important to keep ‘R’ below 1.

The success of this effort will be predicated on the continued support of responsible citizenry, however, and Mr. D'Amato raised concerns about people venturing outside, tempted perhaps by Easter Sunday, which would greatly hinder efforts to keep the contagion rate suppressed.

When the contagion rate rises, hospitals can be quickly overwhelmed, as occurred in the northern regions in Italy. There are currently only 3186 positive cases in Lazio, and the first patient to be transferred by helicopter from Bergamo to Rome as part of the nation-wide push occured on Sunday, and they are being treated in intensive care at the Covid Center of the Campus Bio-Medico University Hospital of Rome, as reported in Il Faro.

Mr. D'Amato also said that in 2020 the flu vaccine will be mandatory for health workers, the police force, public transport workers, and all over 65s in Lazio, and expects this to be an Italy-wide policy.

“We cannot afford overlaps. If we were to have patients with COVID-19 symptoms and others with seasonal flu symptoms in the emergency room, then the system will not hold up,” he said, as quoted in Il Messaggero.

The next phase of the Italian lockdown is still weeks away at a minimum, but officials are working on policies to safely re-open the province of Lazio, such as enforcing staggered entry times for offices and schools, allowing only the gradual and partial reopening of stores, and providing a limited public transport option, according to Il Messaggero.