Prison ward seized by detainees as corona unrest boils over 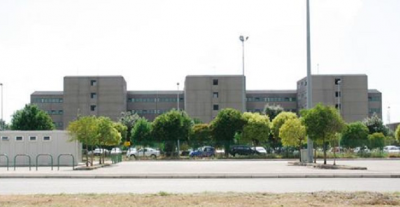 CASERTA – In the Santa Maria Capua Vetere prison around 150 inmates seized and held a ward by taking prison keys and barricading themselves in the corridors, after news emerged that a detainee had tested positive for coronavirus, according to security sources. The prisoner who tested positive was the former Sicilian regional deputy, Paolo Ruggirello, who has been detained for more than a year on mafia related charges, reports Giornale Di Sicilia.

The revolt was quelled around midnight, with prison officers in riot gear containing the protest, and with a helicopter deployed to fly over the prison. There were no reports of violence, according to Il Mattino.

Mr. Ruggirello was transferred to the intensive care unit of Cotugno hospital. He had had the swab test carried out on Saturday afternoon, and it was confirmed on Sunday, reports Il Rampa.

In the Secondigliano prison in Naples, a protest occurred at the news from Santa Maria Capua Vetere, as prisoners hit metal objects against their cell bars, as shown by video footage released in La Repubblica.

As unrest in Italian prisons continues, investigations have been opened by special prosecutors into the simultaneous riots in 22 prisons across Italy in March, and the riots had to have been co-ordinated by the Italian mafia, according to experts contacted by Il Fatto Quotidiano.