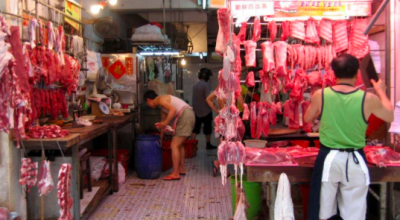 ROME – In a letter to the World Health Organization (WHO) Director-General, People for the Ethical Treatment of Animals (PETA) have made the case to close live animal markets, sometimes referred to as ‘wet markets’, as cramming sick and stressed animals together creates breeding grounds for deadly diseases, according to a press release.

As COVID-19 continues to spread, PETA and its affiliates have launched international petitions that urge the WHO to call for the permanent closure of live animal markets around the world.

"It's about when - not if - the next pandemic occurs, as long as live animal markets can continue to endanger both humans and other animals," says PETA founder, Ingrid Newkirk.

"PETA is urging the World Health Organization to take common sense and ask for the closure of these dangerous activities."

PETA, whose motto includes "animals are not ours to eat," also raises the argument on ethical grounds.

Every person who becomes vegan reduces their risk of developing heart disease, obesity, cancer, stroke and numerous other health problems - and saves nearly 200 animals each year from a life of suffering and a terrifying death, state PETA.

In today's meat, egg, dairy, and fishing industries, piglet tails are cut without pain relievers, chickens' throats are cut while still conscious, cows are forcibly separated from their calves, and fish are gutted while they are still alive.

In addition to posing a high risk of contamination by pathogens, PETA makes the case that meat does not contain fibre and is rich in cholesterol and saturated fat which blocks arteries.