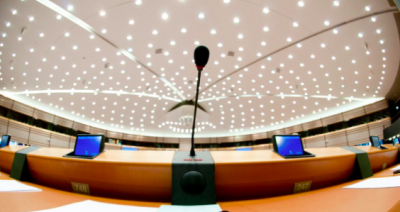 BRUSSELS – The European Parliament hosted an extraordinary plenary session to vote for measures to counterattack the COVID-19. Three main measures included ‘ghost flights’, or empty flights due to the virus, the ‘Coronavirus Response Investment’ of 37 billion euros, and member states’ access to the Solidarity Fund for public health emergencies which makes 800 million euros available to all 27 states.

The European Commission’s President, Ursula von der Leyen, stated that the EU is working to improve the border transit, after the decision of many national member states to close borders.

The Commission has intervened by opening borders for border transit of required material, as defined by the free movement of goods, and for people who want to return to their home country if in another member state.

Furthermore, funds were confirmed to shift the market into the production of respiratory machineries, laboratory equipment for research, and other protective health materials, such as masks. “We have to question ourselves, about the Europe we wish to see when this crisis is over,” said Ursula von der Leyen.

However, several MEPs have expressed their displeasure towards the EU by declaring that, from the beginning of this crisis, the EU had not been present, and appeared only when the crisis was already declared. Several others defined the Euro bonds placed to combat this situation as a way to favour the banks rather than the people. “People need liquidity,“ stated Dutch MEP Derk Jan EPPINK.

From the Group of the European People's Party (Christian Democrats), another Dutch MEP, Esther de Lange, said she thought that speaking about focusing on what the EU would be doing locally would be to forget that several pharmaceutical material are purchased abroad. Italy, for instance, has been supported more by the Cubans and the Chinese, for instance, than the EU.

On this point, French MEP Nicolas BAY from the Rassemblement national used strong words when he described the fact that Italy is being helped by China as “embarrassing to say the least.”

A German MEP, Maximilian Krah, also declared that the EU was not taking active stand to fight this crisis and that it did make sense for national member states to focus on themselves.

Climate Change was mentioned by several MEPs when speaking of the budget. Many thought that this topic and the Green New Deal should have been given priority, especially in the process of drafting of the Multiannual Financial Framework (MFF), not yet approved. It is naive to think that this crisis could be predicted and that the environment should not be considered a priority.

The plenary lasted the whole of Thursday, and despite the differences voiced by MEPs, showed that the MEPs are determined to come together through crisis, as all points of order were approved overwhelmingly.