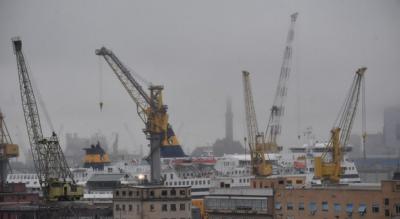 ROME – Across Lazio and Lombardy, metalworkers, bank tellers, and chemists started an eight-hour strike on Wednesday against the Italian government’s decree and list of companies that are deemed too indispensable to shut down, which was signed by Italian Prime Minister Guiseppe Conte on Sunday evening. Unions made public their concerns and argue that too many companies have been exempted despite what had been previously agreed with workers representatives, reports Il Sole 24 Ore.

Workers representatives from the industrial sector of paper, cardboard processing, and printing, have also called a strike in protest, stating that the "concerns for the health of the workers we represent is too high and cannot be sacrificed for any profit," as quoted in Il Fatto Quotidiano.

Workers in the banking sector also joined the calls to strike on Tuesday, stating that they were having to operate without masks, gloves, and disinfectants, as the Italian government entered into new talks with union leaders on Wednesday to keep vital sectors of the economy moving.

This is of particularly concern and has raised numerous ambiguities with regards to the steel industry. Although steel plants often rely on continuous cycles of production, because the extinction of blast furnaces usually results in damaging them irreparably, many steel plants are being kept open that don’t use blast furnaces, according to Il Fatto Quotidiano.

On Wednesday the strikes at Amazon warhouses continued. Workers in Piemonte had suspended their services from March 18, after the company did not grant representatives their availability, causing representatives to write that the multinational was forcing workers to operate in unacceptable conditions.