Ferrari starts up with respirator production after new decree 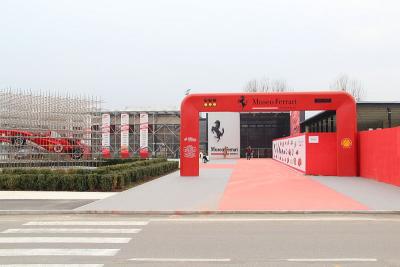 MILAN – Automotive companies have been meeting in an organisational effort to rapidly shift production and assemble some of the 125 life-saving respirators needed per week in order to meet the objectives set down by the Civil Protection Agency. Ferrari, Marelli, and Fiat (FCA) will look to start up their production lines to make the equipment needed for intensive care units, in order to help the effort to make two thousand by July.

It comes after the Italian government's decree on Sunday evening that gave a list of companies 72 hours to close, as the government took more control over the Italian economy. Electronic stories, supermarkets, pharmacies, banks, newsstands, and post offices, remain open.

The General Confederation of Italian industry (Confindustria), Vincenzo Boccia, said in an interview with Corriere Della Sera that "we believe that entrusting prefects with the control of companies that must guarantee goods and services for essential supply chains is the right tool.”

The Minister of Economic Development Stefano Patuanelli filed the decree which stops production in most of Italy, with only 35 per cent of the sector remaining open. Mr. Patuanelli said that “we have not succumbed to industrialists, the common goal is to save lives," as quoted in La Repubblica.

Conte announced the measures without warning and over Facebook, prompting a backlash from the media, as the government provided them with no opportunity for scrutiny, as protested by the Italian journalists' Union (FNSI).

The use of Facebook to communicate government decisions could be used to circumnavigate the media. Conte’s positive polling numbers ostensibly suggest Italian unity, but disregaring the journalistic proffession can give rise to political opportunism and national fragmentation.

Italy's ties with China appear to have been further strengthened when on Sunday it emerged that medical supplies were made available to the northern regions by Pirelli, in a collaboration with the China Construction Bank. Pirelli donated 65 respirators for intensive care units, 5,000 medical contagion suits, and 20,000 masks, report Il Messaggero.

The president of the Lombardy Region, Attilio Fontana, who has been critical of the national government's response to the coronavirus epidemic, went out of his way to thank Pirelli for their donation.

On Sunday, the region of Veneto started to ‘street test’ in line with their own regional model for addressing public health, as reported in La Repubblica.