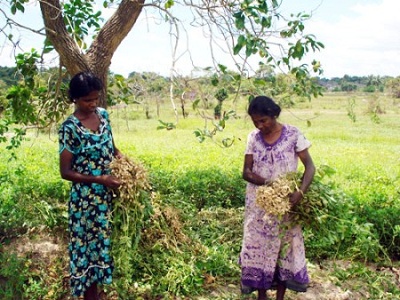 ROME – A corrupt FAO employee in Sri Lanka used connections to Tamil Tigers fighters to intimidate bosses and avoid dismissal for bilking as much as dlrs 1.57 million from the agency by setting up fake companies, a senior development source on the troubled island says.

The employee, FAO National Project Officer Thevarajah Vaigunthan, was eventually rumbled by the Rome-based Food and Agriculture Organisation’s (FAO) Sri Lanka representative, Patrick Evans, in 2008, the Colombo Telegraph disclosed only last month. Evans at the time said that there were “problems” with some seed supply companies, “both addresses and phone numbers do not appear to be real.”

Evans spotted the issue less than three months after taking the lead in the Sri Lankaoffice, though according to FAO the problem had been present for two years.

An FAO spokesman, George Kourous, said the employee responsible was “very effective at deflecting queries about procurement questions, and the personnel who were temporarily in charge of the office failed to perceive the problem.”

According to the senior development source on the island, however, other field officers from FAO were aware of the project officer’s illicit activities but stopped short of acting against him because he threatened staffers from the agency would be targetted by contacts he had with the feared Liberation Tigers of Tamil Eelam.

“A lot of field officers accused Vaigunthan of corruption but the FAO could not do anything as he threatened FAO staff with his LTTE links in those days,” the source told Italian Insider, speaking on condition he not be named.

In the document quoted by the Colombo Telegraph, Evans wrote that Vaigunthan had been suspended with pay and FAO have confirmed that an employee was fired due to the incident. A spokesperson said that Vaugunthan was also barred from the premises and asked not to have contact with the office.

The Colombo Telegraph named three suppliers, as Dev Trades, A. F. Associates and YCO Farm, but according to the UN agency, four companies were involved.

An agency spokesman confirmed to Italian Insider that “it seems that there was a problem with how seeds were procured in Sri Lanka during the 2006-2008 period.” The spokesperson added that “corrective action was taken” as soon as the problem was caught.

An internal investigation found that four companies had been “favoured” when making contracts for seed purchase and delivery. “These companies were created and managed by a local FAO employee (no longer employed by us) in collusion with friends and family. They received favourable treatment when competing for FAO contracts due to this individual's ability to manipulate the system as an insider.”

The value of contracts that were handled by the FAO employee in question totalled 1.57 million US dollars, approximately 1.2 million euros.

The Columbo Telegraph reported that another worker had been involved, but FAO maintain that only one individual associated with the agency was found to be responsible.

The companies did not have a fixed headquarters, they had filed the required paperwork to establish themselves as legal entities according to national laws, Mr Lowrey added.

According to the FAO the companies did also actually procure and deliver seed and “all seed and supplies needed during the period in question were acquired, in the necessary amounts and delivered to the intended beneficiaries within the intended timeframes.” A spokesperson acknowledged that this “does not negate the improper handling of bids,” however.

The Rome-based agency ruled that “the involved individual had dishonestly manipulated the FAO procurement system and had violated FAO rules on several counts, which justified termination on disciplinary grounds.”

FAO stressed that the core problem was not that money was diverted or that FAO did not perform, rather, it was that “the way FAO was performing was not correct. These four companies were winning contracts unfairly in a non-competitive process, that the ex-employee in question was personally involved with them and steered contracts their way.”

“We certainly acknowledge that misconduct took place and regret that improper behaviour by one individual in the procurement of agricultural inputs went undetected, and have taken steps to ensure that such a situation can never repeat itself.”

“On the positive side, we can also report that Sri Lanka’s latest maha paddy harvest is the largest ever recorded, thanks in part to FAO provided seed for over 100,000 acres of land.” 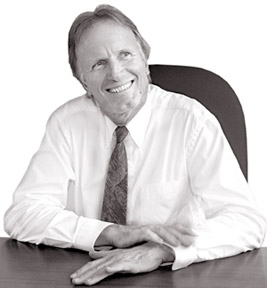