Coronavirus peak far off as deaths reach 627 in 24 hours 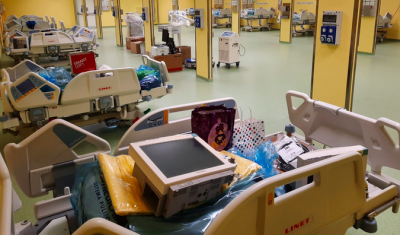 ROME – In the biggest jump in the death toll since the coronavirus epidemic began, 627 people died in one day in Italy, with the total now amounting to 4,032, according to the daily news release from the Civil Protection Agency.

The total number of infected people including both the victims and those healed has reached 47,021, most of which are concentrated in Lombardy, with 22,264 cases and 381 deaths. According to data from an ISS study, of those who have died only 10 per cent were under 60 years old.

The Scientific Technical Committee have suggested that the coronavirus containment measures could be extended until the summer. “I don't know, everything is possible, we still don't know,” said Roberto Bernabei, a specialist at the institute.

The Italian government has ramped up its response to the crisis to ensure that health services can continue to function. Roberto Burioni, an Italian physician and Professor of Microbiology and Virology at the Vita-Salute San Raffaele University in Milan, posted on twitter that “we are on milimeter from opening a new intensive care unit in record time.”