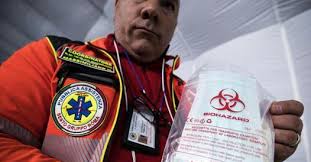 ROME – The Italian governor of Veneto, Luca Zaia, has taken measures into his own hands to suppress the spread of COVID-19, by increasing the use of swab tests in the region to 11,300 per day, from which, out of a group of 3000, 66 asymptomatic positive cases were identified. “We just made a different choice. No controversy with the central authority and no claim for autonomy, not now at least,” he said in an interview with Corriere Della Sera.

The number of positive cases in Italy rose on Tuesday to 31,506, and the death toll stands at 2503. The lockdown in Italy continues, and while the majority of Italians abide by the rules, more and more violate them, with 27,616 having been reported, 8,000 of which occured already this week.

On Sunday, the Public Security Department instructed the police to carry out even more widespread investigations and sanctions on those who break the lockdown rules, according to Il Messaggero.

The importance of enforcing social-distancing can be seen in the Vo ‘Euganeo experiement, where between 50 per cent and 75 per cent of positive cases in Vo'Euganeo were found to be asymptomatic. It was on the basis of this study that the governor of Veneto decided to take further unilateral steps.

“Even if the scientific community tells me they are not needed, if I am convinced they are useful, then I continue to do them,” said the governor of Veneto, dismissing concerns about the budget and saying that the region can pay for them itself and will produce its own swabs.

In areas of other provinces, such as Emilia-Romagna, where certain municipalities are not so wealthy, such an approach would risk defaulting. Parma have so far added an additional 572 beds to prepare for the coming onslaught on their medical facilities. “We need coherent and homogeneous answers and not to lose our heads. That, for a small municipality, can represent a difficulty,” said the mayor of Parma, Federico Pizzarotti, in an interview with La Repubblica.

Mr. Pizzarotti went on to say that what Parma lacked most were doctors and nurses. In contrast to the heroic work of the overwhelming majority of doctors and nurses all over Italy, on Wednesday reports emerged of 249 doctors in Campania who were using fake medical-certificates to stay home and isolate, according to Il Fatto Quotidiano.