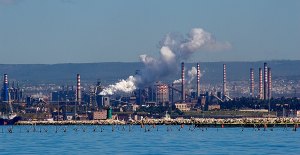 ROME – Italian industrial strikes occurred sporadically over the week, as workers protested against the Italian government's decision to give employers the right to decide whether or not to close their sites. Despite the health risks due to the spread of coronavirus, the Confindustria Study Centre issued a statement on Thursday in which it described how closing down the Italian industrial system risked necessary supplies in the short term and the economic recovery in the long term.

Following the Italian government’s decree, some steel factories remained open in Italy, and the provincial secretariats of Fim-Cisl and USB proclaimed that a 10 day strike will start from Friday. Union representatives wrote that the health of workers could not be left in the hands of “irresponsible companies,” as quoted in Il Fatto Quotidiano.

Other companies such as Fiat Chrysler responded to the protests on Wednesday by closing factories for three days in the northern regions, and on Friday the construction site working on the reconstruction of L'Aquila, devastated in an earthquake in 2009, closed in the interests of public health, according to President of the Regional Council of Fratelli d'Italia.

While non-essential projects such as post-earthquake reconstructions don’t pose many difficult dillemas, closing factories does can be seen to put the prospect of the Italian economy's recovery in danger, when, on average, one less working day in the sector accounts for about 3 per cent of monthly production, and a 10 day halt also results in the approximated loss of one third of production, according to the Confindustria Study Centre.

The Italian engineering sector has a significant place in the Italian economy. It generates 100 billion euros and employs 42 per cent of Italy’s manufacturing sector workers (about 1.6 million people). The assets involved are therefore crucial in balancing Italian trade deficits, which is especially large with regards to energy and agriculture.

Italian supply chains extend outside Italy to economies that are increasingly being effected by coronavirus, and as such this issue is likely to worsen, especially if Italy is left without regional support. In an unusually politicised statement on Thursday, the Italian President Sergio Mattarella stated that Italy expected solidarity rather than obstacles from beyond its borders.

The remarks came after the President of the European Central Bank (ECB), Christine Lagarde, said on Thursday that countries should not expect to turn to the ECB for solutions, which caused an immediate spike in Italian government bond yields and scared financial markets.

The ECB then drew back from the strong remarks, and at an EU press conference on Friday, the President of the EU Commission, Ursula von der Leyen, gave reassurances to markets and insisted that the EU was ready to assist Italy with anything it needed.