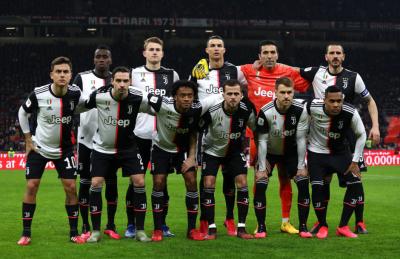 TURIN – The case of Daniele Rugani, the first Serie A football to test positive for coronavirus, led to British media regurgitating fake news stories about other Juventus players that have since been categorically denied by Juventus in a press release on Thursday.

Rugani tested positive on Wednesday, and following the news 121 employees of Juventus, both players and staff, have entered voluntary home isolation. The Inter Milan players have also been isolated, due to their recent match against Juventus in which they lost 2-0.

Paulo Dybala, widely reported as having tested positive for the virus, was in fact just one of these 121, and Cristiano Ronaldo, about whom speculation also circulated, is currently stuck in Madeira due to travel restrictions, having returned to Portugal to visit his mother who suffered a stroke.

In an Instagram post, Rugani said that he “urged everyone to respect the rules, because this virus makes no distinctions.”

Following the lead of Serie A, UEFA announced on Friday that all Champions League and Europa League matches will be postponed, putting a stop to all fixtures for top flight Italian football.