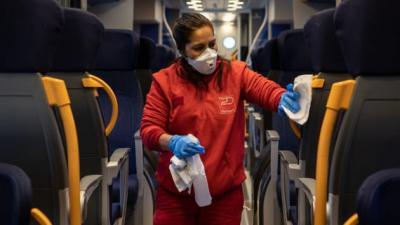 ROME - British Airways and AirFrance decided to cancel all flights to and from Italy until April, with Ryanair, Norwegian Air, and Easyjet also deciding to curb their scheduled flights by the thousands, according to statements from the airlines.

The governments of Austria and Spain also declared that air-traffic from Italy will be stopped until the end of March, adding to the list of countries to have done so. A group of 10 Italians who flew from Bergamo to Serbia on Tuesday were rejected at the airport and sent back to Italy, in accordance with Serbia's temporary ban, report Il Fatto Quotidiano.

In Rome, the Trevi Fountain was closed off on Tuesday, following the decision to extend the red zone throughout Italy.