Galleria Borghese: From Caravaggio to Coronavirus 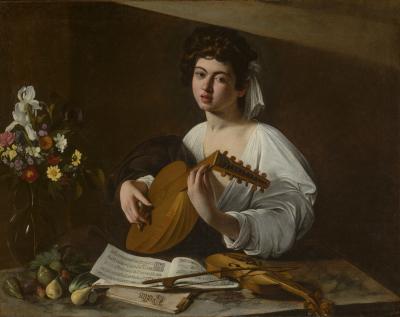 ROME – The Galleria Borghese closed for the rest of the month of March, in adherence to the Italian government’s decree that urged people not to enter into close proximity with one another, according to a Galleria Borghese press release on Sunday. The gallery has said that it intends to open on April 3. However, the spread of COVID-19 puts upcoming exhibitions at risk, such as that planned for April 29 which would exhibit Caravaggio’s The Lute Player.

The Lute Player, in which an androgynous boy dressed in white lazily plays the lute, was recently restored and was planned to be displayed in the Galleria Borghese Entrance Hall, alongside six other works by Caravaggio already present in the museum’s permanent collection, in order to show an overview of the painter's career from his first work to his last.

Caravaggio’s style is so well known and so far spread across the Western world, that art historian Professor Amelia Arenas once said that “you needn’t even be in a museum to feel his influence.”

“He’s in the anonymous devotional postcards that beggars sell at the doorsteps of every village church. He’s behind the camera during the climax of all horror movies. He’s even in the magazine section of most pornography shops,” wrote Professor Arenas in 2016.

The boy in The Lute Player is instantly recognisable, for he appears in many of Caravaggio’s paintings; as a chaste angel, as the disembodied head of Medusa, as the shocked victim of a lizard bite, and as witness to the martyrdom of Saint Matthew, which was Caravaggio’s first public commission.

The most famous appearance of the child is in Bacchus, in which he portrays the Roman god of the grape-harvest, wine, fertility, and madness.

Professor Arenas makes the claim that Caravaggio’s Bacchus might pass for a Christian allegory, with associations between Baccus and Jesus dating back to Roman times, and that this connection might have served as an excuse for its commission by Cardinal del Monte – “a sophisticated church official who seems to have had a weakness for ‘pagan’ subjects and for pretty boys.”

Although contested, one interpretation of the etymology of ‘quarantine’ has the word originate from the Italian ‘quaranta’ – meaning 40, which is said to refer to Jesus’ isolated stint in the desert for 40 days, known as the 'Temptation of Christ'.

If the current epidemiological situation persists, and the Galleria Borghese opens as it says it intends to on April 3, then art lovers might be wise to find their strength and stay away from The Lute Player, and they can find strength in the words of Professor Arenas, when she said that it wasn't required that one be in the museum to experience it.