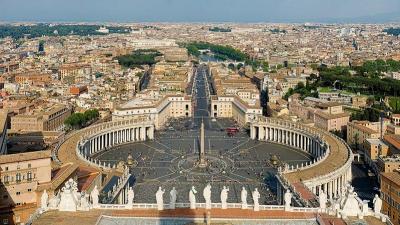 VATICAN CITY - All outpatient services of the Health and Hygiene Directorate of the Vatican City State have been temporarily suspended following the first positive coronavirus test in the Vatican, according to a statement issued by the Vatican press office on Friday. Pope Francis remains in the Vatican, and the relevant Italian health authorities are being consulted as the rooms are sanitised.

The surgeries involve the religious coming to bishops and cardinals for medical advice, and the concern is that, with the average age of the inhabitants of the smallest state in the world over 60, the Vatican City could have a high risk of contagion.

The person who tested positive is reportedly one of the Vatican’s staff, and special care is being taken to ensure that the Pope Emeritus Benedict and Pope Francis, both residing in appartments inside the Vatican, do not come into contact with the virus.

Several cardinals and bishops who had been away on spiritual retreats were also meant to have returned to the Vatican on Friday, report Il Messagero.

The Vatican is currently looking at different options regarding the pontiff’s public events, such as the Sunday Angelus and Wednesday General Audience. There is a possibility that both events will be broadcast to the public from the safety of Casa Santa Marta instead, according to Rome Reports.