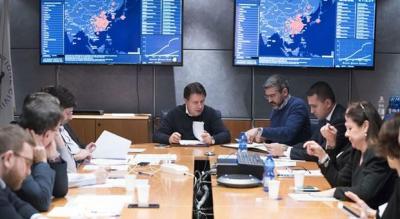 ROME – New polling data shows the Italian government to be consolidating support, with the League having fallen to within 5 percentage points of the Democratic Party (PD), as revealed in a Ixè Institute survey. As of March 3, voting intention in favour of the League has slipped to 27 per cent, with PD at 22 per cent. Data from Jan. 7 had previously shown PD to be on only 20 percentage points, in contrast to the League on 29.5.

The poll shows the Italian government’s position to be strengthened relative to competing parties and to rival leaders. Public confidence in Italian Prime Minster Giuseppe Conte has reached 40 per cent, whereas leader of the opposition and ex-Prime Minister, Matteo Renzi, has an approval rating of 12 per cent.

On Wednesday, the Italian government presented a new decree to contain the spread of COVID-19 and gave new social instructions to Italians, which could have leveraged a position of strength for the Italian government. PM Conte, who often struck a politically isolated figure in the past, has found himself in a position of strength either despite of, or perhaps because of, the joint health and economic risk of the coronavirus.

February polls by Euromedia Research indicate that 92.8 per cent of Italians think that the coronavirus will have dramatic effects on the country's economy. The Italian government meets again on Thursday, this time to discuss the multi-billion Italian deficit in the context of the coronavirus emergency. A decree with new economic measures could soon be put to the Council of Ministers, according to Il Messaggero.

An Ipsos poll also shows Prime Minister Conte to be a much strengthened position in terms of his popularity ratings. However, Ipsos also present a vastly different snapshot of the popularities of the parties, compared to the poll conducted by the Ixè Institute. The Ipsos poll has the PD below 20 per cent and the League in the lead at above 30 per cent, according to termometropolitico.

The Ixè Institute’s survey’s sample size was 1000, and used landline, mobile, and web to interview a representative sample of the Italians of voting-age, report Il Messaggero. The survey conducted by Ipsos used data from 600 interviews, conducted between Feb. 25 and Feb. 26, report termometropolitico.