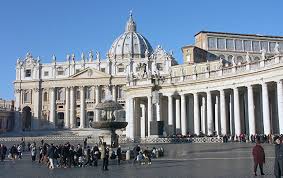 VATICAN CITY – The crowded annual Easter celebrations set for April are at risk of cancellation, reports Il Messaggero. Last week there were informal consultations between bishops and the government, where concerns were raised about the weekday mass celebrations in the regions effected by coronavirus in the north of Italy.

The number of coronavirus cases stands at 3089. The death toll has risen to 107, with 258 people in intensive care, report Il Fatto Quotidiano. On Wednesday the government responded with a decree which closed schools, universities, and events.

The Holy See might ban mass entirely, although currently the bishops retain the freedom to respond to the advice of the government and health organizations as they choose, according to Il Messaggero.

There are several key dates under consideration. They include Palm Sunday on April 5, with the annual mass scheduled in St. Peter’s Square in the morning, Good Friday on April 10, where services are traditionally held at the Colosseum, and Easter Sunday on April 12, which includes the papal blessing ‘Urbi et Orbi’, or ‘to the city and the world’.

Coronavirus fears have emptied St. Peter’s square and the colosseum of their usual throng, but concerns remain that the locations could still attract thousands of people on holy days.

The RomaOstia half marathon, which also attracts thousands and had been scheduled on Friday, has been cancelled, report RomaToday.