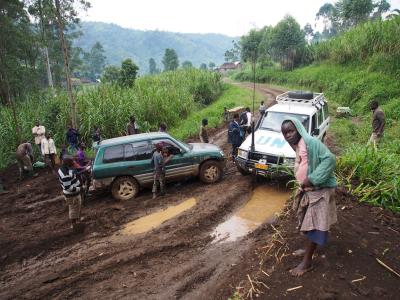 GOMA – Senior representatives of the German Government, various UN agencies, and governors from the Democratic Republic of Congo (DRC) launched a new four-year programme on Wednesday that aims to strengthen agricultural production in the devastated regions of the country, according to a joint press release from UN organisations.

The German Federal Ministry for Economic Cooperation and Development (BMZ) have contributed 50 million euros to the programme to help people in east of the DRC who have been affected by conflict, agricultural and climate shocks.

The resilience building programme will be implemented by the Food and Agriculture Organization of the United Nations (FAO), the United Nations Children’s Fund (UNICEF), and the United Nations World Food Programme (WFP), to bring relief to over 180,000 people living in rural areas in Walikale territory in North Kivu and Mwenga and Walungu territories in South Kivu.

The farmers in these areas will not only receive assistance in strengthening their agricultural production, but will also benefit from help with post-harvest management, the diversification of their income generating activities, and the improvement of basic social services.

“Building resilience is fundamental to strengthening nutrition-sensitive agriculture, social cohesion and access to basic social services for vulnerable populations. Without food security, there can be no peace. The integrated approach of the FAO-UNICEF-WFP project will help boost vulnerable communities’ food security and nutrition,” said the FAO Representative in the DRC, Aristide Ongone Obame.

The DRC is one of the most fertile countries on earth, with approximately 80 million hectares of arable land. It is also home to approximately half of the Africa’s water resources. Yet, with low levels of education and warlords competing in a cycle of violence that has lasted decades, its potential remains largely unexploited and it remains one of the poorest countries in the world.

“This joint programme offers us the opportunity to break this cycle through building resilience - making households, communities and national systems better equipped to prevent and cope with similar shocks in the future in ways that support economic and social development, preserve integrity and protect children,” said UNICEF DRC Representative, Edouard Beigbeder.

Germany had been supporting resilience building activities in the Kivus since 2017 through a contribution of 35 million euros invested in a joint FAO-WFP programme that is due to wind up in 2020. This new programme will build from this programme, which has already effected the lives of more than 400,000 people.