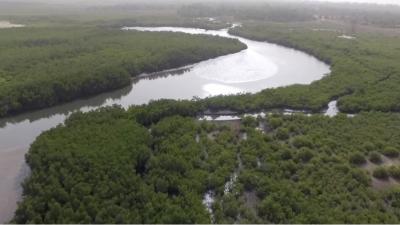 ROME – The Senegalese government and a delegation from the Movement of Democratic Forces of Casamance (MFDC), have met after months of stalled negotiations, to reaffirm their commitment to finding a solution to the conflict in Casamance, a low-lying wetland region in the south of Senegal, according to a Sant’Egidio press release.

On Feb. 28 and Feb. 29, the two parties met at the Community of Sant-Egidio, a lay Catholic association based in Rome. The head of the MFDC, Salif Sadio, was present to parlay with the representatives of the Senegalese President, Macky Sall. The regional conflict, which has resulted in thousands of victims and refugees and has been largely bypassed by the international media, has been ongoing for the last 30 years.

In Casamance, the majority population is that of the Jola, who claim an ethic distinction from the rest of the country’s Wolof population. The MFDC have sought independence for Casamance since 1982.

Casamance lies in the south of the country, beyond Gambia, the smallest country in Africa which, apart from a slither of coastline, is entirely surrounded by Senegal, and has thus been deeply affected by the conflict.

In 2014, the leader of the MFDC sued for peace and declared a unilateral ceasefire, however the low level insurgency efforts have largely continued.  Representatives of the Senegalese government and the MFDC have met before in Rome, when they tried to revive the peace process through Sant’Egidio in Oct. 2016.