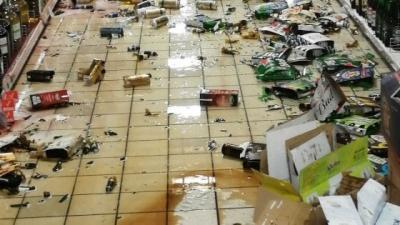 COSENZA – Tremors were felt in Calabria after a third earthquake jolt struck Italy the early hours of Thursday morning, with the epicentre in between the Eolian islands and the coastline of Calabria, according to the National Institute of Geophysics and Volcanology (INGV). It follows two earthquakes from earlier in the week, one in Calabria on Monday, and one in Reggio Emilia on Saturday.

The shock in Calabria on Monday had registered at 4.4 in magnitude on the RIchter scale, and was felt in Cosenza and Lamezia Terme, as well as in Campagna, with tremors experienced as far away as Salerno and even Naples.

In Rende, the epicenter of the earthquake, offices, banks, and schools were evacuated on Monday, and there was also an episode of panic in the Annunziata hospital in Cosenza, with many patients running out of the hospital, reported Il Fatto Quotidiano.

Hundreds of citizens also fled from buildings in Cosenza, and goods fell from the shelves of supermarkets, report Il Messaggero. Damage checks were immediately put in place by firefighters and police.

On Saturday, an earthquake of smaller magnitude occurred during the afternoon in Correggio, Reggio Emilia. The INGV identified the epicenter at a depth of six kilometers. The shock was felt in particular in Modena on the upper floors of the houses, according to witnesses quoted in Il Messaggero.

No serious damage has been reported in any of the three cases, according to local police authorities.