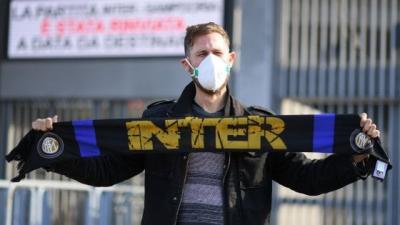 ROME – The Serie A fixtures list was compromised last weekend as four football matches were cancelled due to the coronavirus outbreak, the Italian government declared in a statement. The cancelled fixtures included Inter Milan and Sampdoria, Turin and Parma, Atalanta and Sassuolo and Hallas Verona against Cagliari. Their cancellation poses major problems such as with regards to TV licencing, and Serie A have had to cite force majeure, or extenuating circumstances that were not foreseeable, reports Il Fatto Quotidiano.

The president of the Serie A football league, Paolo Dal Pino, sent a letter to the government, asking for areas considered at risk not to have their fixtures suspended but to be held without spectators instead, which would add to the economic impact already inflicted by the coronavirus fallout.

La Repubblica reported on Tuesday that the Italian government have agreed and issued a decree which allows for northern clubs to compete as long as their stadiums are not open to the public.

The crucial Serie A match between Juventus and Inter on March 1 is now set to take place behind closed doors, although Juventus have not provided paying fans with a guarantee of refund.

Inter Milan’s coach, Antonio Conte, told reporters on Saturday that he was pleased with the Sampdoria cancellation, as it had in any case been difficult to prepare given that it would have taken place a mere 72 hours after their Europa League fixture.

The tightly regulated Serie A calendar means that the next window of opportunity to reschedule the cancelled fixtures would be May 20. This would be the last opportunity before May 24, when the next European Football Championships is set to start.

Walter Ricciardi, a member of the WHO who has been appointed to advise the Italian Minister of Health, Roberto Speranza, has told radio that “the first strategy is not to bring people together in places where they are in close contact with each other. I advised as a health technician and a person who is passionate about sports that playing behind closed doors is the right thing to do."