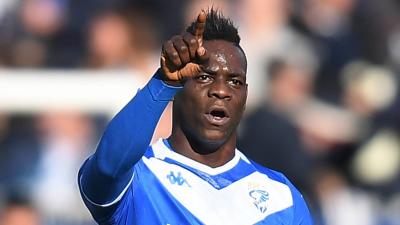 BRESCIA - An unnamed teenage girl has been investigated for allegedly blackmailing the football player Mario Balotelli, according to judicial sources. The Brescia judiciary have contacted colleagues from Vicenza, in order to evaluate the framework through which the accusations were made.

The girl, 18, from Bassano del Grappa, accused the football player Mario Balotelli of having relationship with her when she was under age. She asked for 100 thousand euros in change for her silence, otherwise she would have turned in the football player to the police for sexual violence.

Balotelli made statement after his recent match against Juventus.  The player said that he had made complaints against the teenager. “If someone blackmails you and you admit to pay, it means that you have dirty conscience. Good journalists still exist and do not buy false information,’’ said Balotelli.

The young girl allegedly started to flirt with the Italian national player in 2017, and Balotelli claims he immediately asked her age, but that the teenager had lied and used her adult cousin’s identification card.

Roberto Imparato, the teenager’s legal representative at the time, tried to contact the Italian weekly magazine ‘Chi’ to sell the information, but he was refused by the magazine editor.

The lawyer who now represents the teenager, Elisa Romeo, has said that although the “relationship started consensually,” it “evolved into unwanted sexual acts, and therefore into sexual violence,” as quoted in Corriere Della Sera.