Clementines from Italy steal the show at Kuwaiti expo 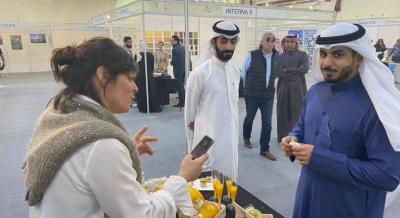 KUWAIT CITY– The 2020 Kuwait-Italy Expo was infused with smells and tastes over the weekend, with Italian delicacies and beverages on offer in the Kuwaiti capital. Following the event, the National Fund of Kuwait and the Italian National Fund are considering whether to invest in the companies that participated, reports italiachiamaitalia.

One of favorites at the expo was to be found at the Biosmurra stand, that offered up 100 per cent clementine juice, as well as cheeses with hints of citrus, honey and almonds. Companies such as ‘Radichino', ‘Sposato di Acri’ and ‘Sweet Gate’ were involved in a strong showing from the region of Calabria, reports quicosenza.

In total, 5000 people attended the expo and there were over 80 Italian companies present, all of whom have an excellent reputation in their respective sectors, which include food, luxury, clothing and technology, according to italiachiamaitalia. The expo was such a success that not only is the National Fund of Kuwait assessing whether to make investments in the Italian companies, but they are also considering whether to support the opening of branches for 15 of the participating companies.

To sample what was on offer at the expo was the Crown Princeof Kuwait, Sheikh Al-Ahmed Al-Sabah, and the Italian Ambassador to Kuwait, Carlo Baldocci. "This event represents the first of a long series, and in fact we are already working to organize the next Kuwait-Italy Expo in 2021,” said co-organiser of the event, Alberto Paravia.

The meeting which organised the expo was held in Rome on Dec. 5 2019, at the Confindustria, the Italian employers’ federation and national chamber of commerce, which claims to be the main association representing manufacturing and service companies in Italy, with a voluntary membership of more than 150,000 companies of all sizes which employ over 5 million people.