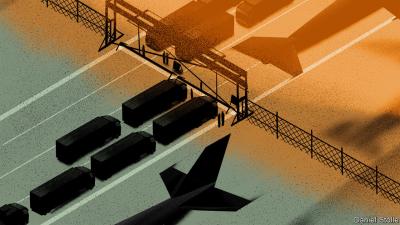 ROME – The appointment of convicted Russian moneylaunderer Vladimir Kusnetsov to the FAO finance committee was opposed in vain by the United States and FAO’s new Chinese Qu Dongyu has turned a blind eye to the criminal’s daughter Alexandra Kusnetsova serving as an influential staff member of human resources at the UN agency, FAO sources say.

The U.S. representative to the FAO, chargé d’Affaires Thomas Duffy, opposed the appointment of the Russian to the post at the 162nd session of the FAO Council held in July 2019 in the twilight months of Brazilian DG José Graziano da Silva’s reign. Only the British and Canadian delegates supported Duffy while the EU and developing countries backed the dodgy appointment.

Kuznetsov, a career Russian official, serves on the financial oversight and advisory boards of two other major international organizations -- the Organization for the Prohibition of Chemical Weapons (OPCW), the Comprehensive Test Ban Treaty Organization,  as well as the United Nations Food and Agricultural Organization. The Russian government appointed him to these roles despite the fact he is a convicted money launderer.

When Moscow submitted Kuznetsov’s official curriculum vitae to the OPCW last year, it noted that from 1999 to 2005 he was a member and then chairman of the U.N.’s Advisory Committee on Administrative and Budgetary Questions, a senior oversight post. But his CV omitted that Kuznetsov was convicted in 2007 of abusing that role to launder bribes connected to the U.N.’s Oil-for-Food Programme.

Kuznetsov was sentenced to 51 months in U.S. federal prison after his co-conspirator, Russian official Aleksandr Yakovlev, pleaded guilty and testified against him. Now, over a decade later, Kuznetsov is back overseeing budgets of the U.N. organization that governs food aid as well as the body charged with protecting Syrian civilians from chemical attacks.

Kusnetsov’s daughter Alexandra is secretary of the HR unit at FAO that selects all senior staff of D1 grade and above at the agency and she takes an active part in selection processes.

Senior managers are less concerned with such appointments appeasing the Russians and more with saving their own skins after DG Qu ordered them to prepare an annual work plan with detailed targets. Those who do not meet the targets will be sacked at the end of the year, he added.

Senior staff were horrified as some of their colleagues on sky-high salaries were fired at the end of last year including veteran assistant director general for fisheries Arni Mathieson.

Qu is seeking to cut dead wood so as to reward nationals from countries that voted for him, FAO watchers say.

The Washington Post reported that “the Kuznetsov case was so egregious that the U.S. government and Congress felt compelled to get involved. The Trump administration has protested to the OPCW, officials told me, but no action has yet been taken.”

“On Jan. 25, Sens. Ted Cruz (R-Tex.) and Ron Johnson (R-Wis.) wrote to Secretary of State Mike Pompeo about the Kuznetsov case and other attempts by authoritarian regimes to corrupt the leadership of multilateral institutions.”

Qu Dongyu evidently is aware of the de facto alliance between China and Moscow at the United Nations.

The Post quoted the U.S. intelligence community’s Worldwide Threat Assessment released last month warning that “China and Russia are expanding cooperation with each other and through international bodies to shape global rules and standards to their benefit and present a counterweight to the United States and other Western countries.”

In another development the FAO is sending significant amounts of aid to North Korea supposedly to counter the effects of climate change on agriculture in the rogue communist state.