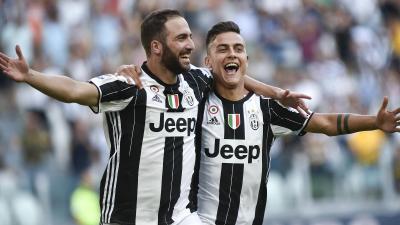 The first half of the 2019-20 season wasn’t the best for Juventus, as although the team still earned a lot of points in the Serie A, the performance of some of the leading players in the squad like Cristiano Ronaldo and the new signing Matthijs de Ligt was questionable.

Many believed that the Portuguese forward was too old and the Dutch defender too young to lead Juventus to glory in the UEFA Champions League which is the club’s ultimate goal after almost a decade of dominance in Italy.

Even the leading sports betting sites don’t put Juventus in the top favorites for the tournament. It was hard to disagree with them up to a month ago, but the situation has changed.

The team is looking stronger and there might be an argument that Juventus could win the UEFA Champions League.

Reasons Why Juventus Can Win the Champions League

Many people quickly dismissed Cristiano Ronaldo as finished at the highest level after several tough moments. The iconic forward has been proving them wrong recently. The five-time Ballon D’Or winner is scoring for fun and has found his best form right when it matters the most.

When Ronaldo is in such a condition, he can single-handedly win games against even the best teams in Europe which is the main reason to believe that Juventus can challenge for the Champions League.

If you add the strong defense and the improving de Ligt who already led Ajax to the last 4 in the previous campaign, it seems like the team might be one of the dark horses of the tournament.

The next round shouldn’t be a problem either, because Juventus will have to face Lyon. The French team is certainly weaker, so the path to the quarterfinals looks clear.

Despite the recent improvement of Ronaldo and the team as a whole, Juventus will face several serious obstacles on the road to the Champions League title. For a start, some of the clubs in the competition are simply stronger than the Italian champions.

Liverpool is the best example, as the Reds are arguably the best team in the world right now. If you add the likes of Manchester City, Barcelona, Real Madrid, Bayern Munich, and PSG, the road to the title certainly looks tough.

While all of these teams have their issues and weaknesses, most of them are better or at least equal to Juventus right now.

The other problem is that the Italian Serie A is much more competitive this season. Both Inter and Lazio are chasing Juventus and there’s a genuine title fight. As a result, the team won’t be able to rest players for the Champions League matches as often as Maurizio Sarri would’ve liked.

Winning the UEFA Champions League is always a tough task and this season is not an exception.

Juventus is certainly not among the favorites of the tournament, but if Cristiano Ronaldo keeps scoring and the defense keeps improving, the Italian champions have a chance to lift the trophy.