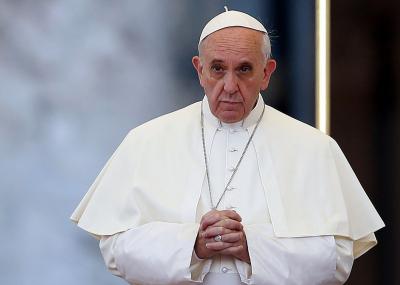 VATICAN CITY – Married priests will not be allowed in the Amazon despite the shortages of priests there, a papal document entitled ‘Dear Amazon’ revealed on Wednesday.

The document outlines Pope Francis’ hopes for the region but does not give papal support to, or even mention directly, the idea of ordaining married priests. Clerical celibacy is to be maintained, even though Francis also makes clear his concern for the lack of priests available for people living in the Amazon. The reasons relayed by Francis for the “uneven” presence of the Church in the Amazon, are the vast expansiveness of the region, its remoteness, its cultural diversity and its social problems.

“The Amazon region challenges us to transcend limited perspectives and ‘pragmatic’ solutions mired in partial approaches,” Francis said, in what amounts to a subtle but definitive dismissal of the idea of married priests.

Francis went on to urge bishops, “not only to promote prayer for priestly vocations, but also to be more generous in encouraging those who display a missionary vocation to opt for the Amazon region.”

Francis had already stated his personal preference for the continuation of clerical celibacy in a book on John Paul II and in Jan. 2019, when he said, "I think that celibacy is a gift to the Church. I would say that I do not agree with allowing optional celibacy."

The Special Secretary of the Synod for the Amazon, Father Michael Czerny, presented the exhortation and said that Pope Francis has remained faithful to his previous line. “This discussion has been going on for many centuries,” he said. “In the Exhortation the Pope says that the question is not one of numbers, and that a greater presence of priests is not the only requirement. What is needed is new life in the communities, a new missionary impetus, new lay services, ongoing formation, boldness and creativity.”

At the Special Assembly of the Synod of Bishops for the Pan-Amazonian Region in Oct. 2019, 184 bishops convened in the Vatican and it was argued that married men should be allowed to become priests in light of the Amazon’s need.

‘Dear Amazon’ will be seen as a victory for conservatives in the Catholic Church, who argue that allowing married priests in the Amazon could lead to worldwide acceptance of the practice.