Italian universities on the brink after a decade without funds 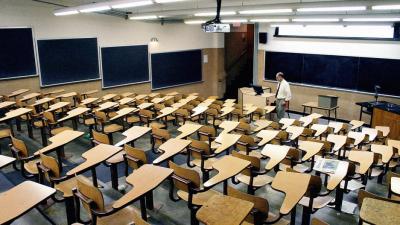 ROME – Italian university courses have lost as many as 10,000 teaching staff over the last 10 years, and have missed out on approximately 67,000 students, reports Il Fatto Quotidiano.

To tackle the problem, Italian Prime Minster Guiseppe Conte has promised a multi-year recruitment plan and will take on 1600 new researchers at the National Research Agency, which was recently created in 2019. Former Italian Education Minister Lorenzo Fioramonti has said in response to Conte's proposal that "this measure will not be enough to get out of the emergency; our universities need an investment plan at least five times greater," as quoted in Il Fatto Quotidiano.

The cuts in funding to higher-education were begun in earnest in in 2009 under the Berlusconi government, but worsened when, in Dec. 2016, the Ministry of Education introduced ‘Ava 2 code’, which meant that to get accreditation courses would need more professors per student. To meet the ratio requirements, Italian universities are having to change the numbers they enroll.

Courses might have to be further restricted by making students pass entrance exams to accommodate for the lack of available resources, according to the National University Council (CUN).

Italy's number of graduates per year is now the lowest in Europe at 29.4 per cent compared to the European average of 40 per cent, as reported in Corriere Della Sera.

The humanities and the social sciences have been particularly effected, and universities are thought to have been coping with the problem by using part-time employment contracts, combining similar courses, and transferring teachers across departments, reports Il Fatto Quotidiano.

Outside the humanities, scientific research has also been struggling in Italy. Amalia Bruni, 65, the director of the Regional Center for Neurogenetics in Lamezia Terme, is known for having identified the most common Alzheimer's gene. On Tuesday, however, she disclosed that her scientific center risks running out of funds. Four employees have already left, and ten others serving on the Association for Neurogenic Research (ARN), have received the letters of dismissal and will remain at home from March 1, reports Corriere Della Sera.