Rome and Beijing in diplomatic row over coronavirus 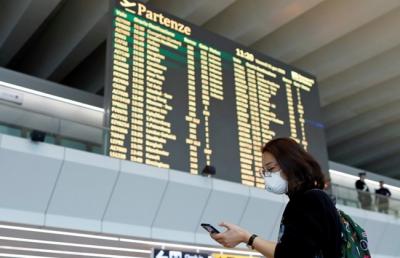 ROME – On Friday Chinese government officials voiced their displeasure at the suspension of flights to and from China, with the closure of flights between the Italy and China having been signed off by Minster of Health Roberto Speranza on Jan 31, according to diplomatic sources. Relations have been particularly strained since Thursday, when a miscommunication occured in a meeting between Chinese Deputy Foreign Minister Qin Gang and Italian Ambassador to China Luca Ferrari. After the meeting, Beijing claimed that Italy desired to restart flights. This was quickly denied by the Italian Ministry for Health and the Italian Foreign Ministry, reports Il Messaggero.

A spokesperson of the People's Republic of China in Milan, Song Xuefeng, has insisted that the planes start flying again. “We need doctors and friendship to prevent and control this epidemic instead of prejudice and fear. The Chinese community here loves China and Italy and contributes to society. I hope Chinese citizens are guaranteed to come here and do business," Xuefeng said, as quoted in Il Messaggero.

There are increasing concerns that the coronavirus will negatively affect both Chinese and Italian economies, and the disagreement over the closure of flights marks a diplmotic rift between the two countires. Italy had signed up for the Belt and Road initiative in March 2019, which was supposed to bring the two countries together across multiple economic sectors.

There are no official estimates for the damage the coronavirus could do to the Italian economy. The Italian government has said that they will launch an investigation into appropriate measures to limit any negative economic effects, following a summit attended by Italian Economic Minister Roberto Gualtieri at the Palazzo Chigi, according to Il Sole 24 Ore. China is one of Italy's major trading partners, and the Italian tourist sector is particularly dependant on China. Giulia Sciorati, a researcher on the China Program for the Institute for the Study of International Politics, has said that “the coronavirus epidemic has particularly affected tourism in Italy."

The Director General of the World Health Organistion (WHO), Tedros Adhanom Ghebreyesus, tweeted about the coronavirus on Sunday that “the detection of a small number of cases may indicate more widespread transmission in other countries; in short, we may only be seeing the tip of the iceberg.”

Russia immediately closed its borders to China when the coronavirus outbreak was announced, and Italy was the first EU country to do so. As of Feb. 6, the official position of the WHO has been for countries to cooperate and keep their borders open, with WHO spokesman Christian Lindmeier raising concerns about unchecked people resorting to entering countires illegally if the borders were closed. With air routes out of China numbering in the tens of thousands, carriers of the coronavirus could easily arrive in Italy by way of other countries, and this is of particular concern with regards to Africa, where airports do not have screening procedures in place.

However, in a note from Jan. 26 entitled, ‘Systemic Risk of Pandemic via Novel Pathogens – Coronavirus’, Joseph Norman, Yaneer Bar-Yam and Nassim Nicholas Taleb have claimed that historical estimates underestimate the rate at which pathogens spread, and make the probabilistic case for enforcing temporary transport restrictions. Precautionary policy, they say, “must include constraining mobility patterns in the early stages of an outbreak, especially when little is known about the true parameters of the pathogen.”

“It will cost something to reduce mobility in the short term, but to fail do so will eventually cost everything — if not from this event, then one in the future,” the note concluded.