University of Bologna student tortured and held in Egypt 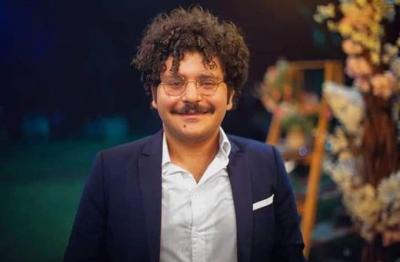 CAIRO – Patrick Zaky, 27, an exchange student studying gender and human rights at the University of Bologna, was arrested Friday at Cairo airport and has been beaten and given electric shocks, according to human rights authorities.

Zaky was on his way to visit his family in Egypt when he was seized by Egyptian authorities at passport control, blindfolded, and transferred to an unknown locationin the town of Mansoura. He vanished for over 24 hours. Since Zaky’s reappearance in Mansoura he has been granted access to human rights attorney, Wael Ghally, who has stated that Zaky was on the phone to his father when he was taken and was able to warn him. It is not yet known if Zaky will be able to return to Italy to complete his studies. "Patrick is aware that pre-trial detention can be renewed for long periods of time, even a year or two,” Ghally said, as quoted in Il Fatto Quotidiano.

The accusations against Zaky are that of “publishing rumours and false news that aim to disturb social peace and sow chaos; incitement to protest without permission from the relevant authorities with the aim of undermining state authority; calling for the overthrow of the state; managing a social media account that aims to undermine the social order and public safety; incitement to commit violence and terrorist crimes,” stated the Egyptian Initiative for Personal Rights (EIPR), in a statement released on Feb. 8.

The case is being described as similar to that of the unsolved murder of Guilio Regeni, an Italian student tortured and killed in Egypt four years ago. The Regeni family lawyer has said in an interview with La Repubblica that the group involved in the kidnapping of Zaky are the same group that were involved in the torture and murder of Regeni.

The timing of Zaky's arrest and torture conincides with the news, broken on Feb. 7, that the Italian government is planning to approve the sale of two frigates to Egypt in a deal in excess of one billion euros. The president of the parliamentary commission into the death of Giulio Regeni, Erasmo Palazzotto, has tweeted that “to guarantee the supply of arms is in open contrast to the commitments made by the government in the search for truth.”

The Italian Foreign Minister Luigi Di Maio told reporters that he is "carefully" following these developments in Egypt, but pressure is now mounting on the Italian government to take a much harder line on Egypt’s authoritarian President Abdel Fatah el-Sisi. Senator Luigi Manconi, the President of the Commission for Human Rights, has said in a press conference that if nothing emerges from the Egyptian investigation into the Regeni case by April 5, then Italy would have to recall its ambassador, reports La Repubblica.