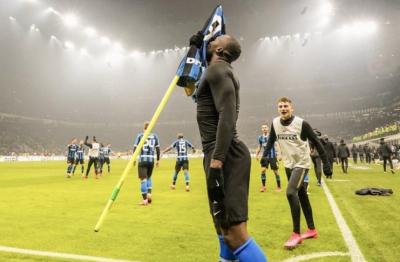 ROME – Inter Milan vanquished AC Milan 4-2 in a thrilling match on Sunday that gave them pole position in the league standings, after Juventus were dealt a dramatic 2-1 defeat by Verona in their Saturday away game.

On Saturday, Hellas Verona beat Juventus 2-1. Despite taking the lead through Cristiano Ronaldo who beat a defender with a stepover and dispatched his shot low past the keeper, the Juventus defence let in two late goals which jeopardize their title chances. Fabio Borini scored an equalizer, and then a penalty was awarded with only minutes remaining on the clock after a tense VAR consultation by the referee. Giampaolo Pazzini took the penalty and placed it high into the right-hand corner of the net to give Hellas Verona the victory.

The derby between Inter Milan and AC Milan held at the San Siro on Sunday finished 4-2. Although starting lethargically and conceding twice, Inter launched a stunning second-half assault that began with a smooth volley from Marcelo Brozovicin from just outside the box.

Matias Vecino then drew Inter level with an awkward finish – the ball bouncing through the legs of a covering defender. Inter pressed on to take the lead through Stefan de Vrij, who stooped low to score a neat header, before another header from Romelu Lukaku finished the game off.

Inter are now unbeaten in 16 league games, and although they remain tied on points with Juventus, they are ahead in the standings due to their superior goal difference. Inter's title challenge means that there is a serious chance an era of Juventus dominance ending, an era which began back in 2012.

There are reports that Juventus manager Maurizio Sarri is facing challenges in the dressing-room with his squad, who have struggled to adapt to his high-press defensive tactics, according to Il Messaggero.

Lazio are now one point behind Juventus and Inter in third, having beat Parma over the weekend 1-0. Next Sunday, Inter play Lazio in a crucial league match.