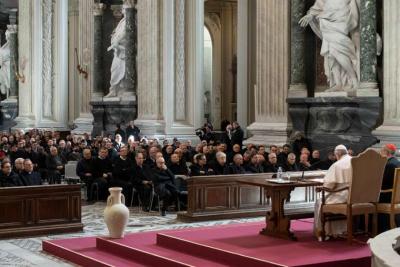 VATICAN CITY – Bed and breakfasts have allegedly been masquerading as religious structures in order to evade fines that have accrued 100 million euros in the past three years, reports Il Fatto Quotidiano.

Priests and nuns have appealed financial sanctions in 75 per cent of cases, which means that only 17 out of a potential 75 million euros has been collected, according to Il Fatto Quotidiano, who have access to a report from the Court of Audit in Rome.

A investigative task-force put together by the mayor of Rome, Virginia Raggi, found there to be 1500 irregularities in 2019. Reviews on sites such as Tripadvisor and Google were tracked, and in some cases it is thought that Catholic convents and schools were being used for five-star hotels, reported Il Fatto Quotidiano.

Investigations into the Vatican's financial dealings also became especially frictious in Oct. 2019, when the offices of the Holy See’s Financial Information Authority (AIF) were raided for documents and electronic devices due to alleged financial irregularities and real estate transactions worth millions of euros in London.

After the decision in 2019 of The Egmont Group, a network of over 160 financial intelligence units around the world, to suspend the Vatican’s Financial Intelligence Authority (AIF) from being able to access to its secure web system, Pope Francis installed Carmelo Barbagallo as the new head of the AIF.

Francis has promised to clean up the Vatican’s financial image. The Palazzo Migliori, which was blessed by Pope Francis on Jan. 31, that was originally meant to be transformed into a luxury hotel, was donated to the homeless in Nov. 2019, with two floors with dormitories, one canteen and one reception room, reported Il Messaggero.