Climate crisis to bring together Italy and UK 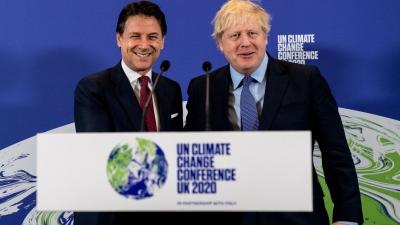 PM Conte said that 2020 would be a “decisive year” for tackling the climate crisis and that Italy was committed to achieving a greener economy, while also announcing that Milan would host a climate event later in the year. The target of 2050 zero emissions was agreed upon by the two leaders.

“Hosting COP26 is an important opportunity for the UK and nations across the globe to step up in the fight against climate change,” said PM Boris Johnson. “As we set out our plans to hit our ambitious 2050 net-zero target across this year, so we shall urge others to join us in pledging net zero emissions.”

The UK left the EU on Jan. 31, and PM Conte took this opportunity to underline the importance of continuing the rights of citizens. The two leaders also established their willingness to strength the bilateral ties between the UK and Italy, in such areas as trade, investment, and security. "On regional issues, the leaders raised the situation in Iran and the conflict in Libya," a UK government statement said following the meeting.

Later this month, Italy will host the annual meeting of the Convention on Biological Diversity (CBD) lasting from Feb. 24 to Feb. 29. It will be held at the headquarters of the Food and Agriculture Organisation of the UN (FAO) in Rome. The meeting was originally planned to take place in China, before the outbreak of the coronavirus prompted a last-minute change of location.