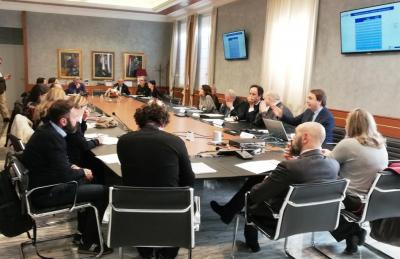 ROME – The Italian catering industry has managed to fight off an industry crisis through resourcefulness, sustainability and positive consumption trends, reveals a recent analysis from the Italian Federation of Public Exercises (FIPE).

The places where we eat and the style of our food might change, but one thing is for certain – Italy’s passion for restaurants and good food has shown no sign of waning in 2019. The data, presented in a FIPE report by the president of the FIPE, Lino Enrico Stoppani, reveals how the restaurant sector has had an extremely dynamic year.

“The world of catering is a great asset of our economy and a cultural heritage of the country. The data are clear – we continue to increase employment and contribute to the maintenance of food consumption. In the last 10 years, despite the crisis, Italians have always spent more to eat outside the home, while reducing spending at home,” said Mr. Stoppani.

The FIPE report details that 10.8 per cent of Italians have breakfast every day in one of the 148 thousand bars in Italy. This percentage is equaled by the number of people who leave their homes or workplaces to eat lunch, and is exceeded by the 18.5 per cent of Italians who dine at the restaurant at least twice a week.

Between 2008 and 2018, the Italian catering industry grew by 4.9 billion euros. This performance has allowed the Italian restaurant market to become the third largest in Europe, following Great Britain and Spain.

The FIPE report highlighted that seven out of ten consumers argue that they find it important restaurants operate in a socially and environmentally conscious way. In accordance with this, Italian restaurants are increasingly looking for the best quality products. In 2019, the number of women and young people running catering businesses also rose dramatically. These changes in the sector have ensured continuing prosperity, and are supported by an unwavering Italian food culture. Of the customer base interviewed in the FIPE's report, 50 per cent appreciated a wide range of local products, 90.7 per cent confessed to having been tempted by new and never tried dishes, while 60.5 per cent admitted to going to a restaurant to refine their palate.

This positive news comes despite the many challenges the industry faces. The counterfeiting of Italian products and brands is a growing problem. The sector continues to suffer from a high mortality rate – after one year, one in four restaurants close; after three years, almost one in two; and after five years, more than one in two. Productivity is also an issue – over the past 10 years, the value added per hour worked has fallen by 9 per cent. Unfair competition is also a major problem in Italy, especially in historic centers. Over the past 10 years, the number of sandwich shops, kebabs and takeaways of all kinds has risen by 54.7 per cent.

Addressing this final challenge, Mr. Stoppani said that “the rental costs [in these areas] have become unsustainable. The service requires personnel and the staff costs and management costs are increasingly heavy. The difference in conditions not only generates unfair competition, but ends up impoverishing the market itself, consumer safety and the quality of our cities."

Despite these challenges, Italians have continued to invest through 2019, and they did so in an increasingly targeted way. This is an important step for the sector and has allowed it to flourish at a time when challenges to the sector have also been increasing.