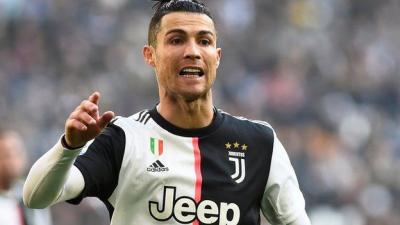 ROME – Two penalties from Cristiano Ronaldo broke two records, as Juventus got back to winning ways in a 3-0 victory against struggling Fiorentina.

The Sunday fixture saw Fiorentina start brightly, with early pressure forcing Juventus keeper Wojciech Szczesny into two smart saves. However Ronaldo’s first penalty, awarded for a handball after the referee consulted VAR, was dispatched low into the bottom left corner, which changed the dynamic of the match and took Ronaldo's scoring tally to 9 games in a row. This equals David Trezeguet’s 2005 record, and Ronaldo has an opportunity to surpass it in Juventus' next Serie A game. A second Ronaldo penalty, this one in the second half after a foul on Rodrigo Bentancur, was swept into the same corner as the first, and consolidated Juvetus’ hold on the game. Ronaldo is now the fastest player to reach 50 goals in Juventus’ history, and has scored 33 goals from 33 appearances this season.

Matthijs de Ligt headed in a third in injury time, ensuring a crucial victory for Juventus after a shock defeat to mid-table Napoli last weekend. In the aftermath of the game, football pundits cast doubts as to the legitimacy of the penalties. "I am disgusted, the referees can't decide the games like that," said the owner of Fiorentina, Rocco Commisso.

Juventus have 54 points from 22 games, however Inter Milan are only three points behind them, following a victory over Udinese with two goals from striker Romelu Lukaku. Inter Milan are a major contender for the title, and have bolstered their squad in the January transfer window with attacking midfielder Christian Eriksen, still technically under contract at the English club Tottenham Hotspurs, who made his in first start in Inter Milan's 2-0 win.

Lazio, in third, who also look capable of challenging for the title this season, thumped SPAL 5-1. SPAL are last in the Serie A standings. AC Milan’s woes continued over the weekend, with a 1-1 draw against Hellas Verona.