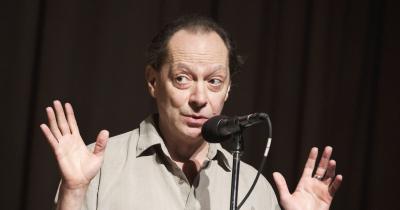 ROME - At the Teatro Arciliuto on Thursday and Friday, the extraordinary New York city performance artist Edgar Oliver will reveal excerpts from his ‘In The Park’ in the Eternal City, in an unmissable event organised by The English Theatre of Rome. The show will start from 8 p.m. for two nights only.

Aspects of vintage New York come to life in the words of our spoken artist, who takes his inspiration from life in 80’s metropolitan America and how it shaped him into becoming a writer. Mr. Oliver’s previous work has been performed in venues around New York City such as the Pyramid Club, a hotspot in the Lower East Side of Manhattan, and the artists is reknown for taking risks with his writing and always finds new experimental material to share with the audience.

Mr Oliver grew up in Georgia, USA, and said that his involvement with the storytelling project The Moth shows, to which he reguarly contributes, allowed him to feel more at home in ever-changing New York. Since Mr. Oliver’s arrival the attitude around the arts has changed, and interviewer Anthony Alegrete began his conversation with Mr. Oliver by asking if he thought his performance of style had changed as a result of this shift in the climate.

“I started out performing when I was 25 at places like the Pyramid night club in New York,” replied Mr. Oliver. “The Pyramid was home to many great performance artists - including many great drag queens.  Because of the performance atmosphere at the Pyramid -- the readings I gave there had to become like dramatic performances - like dramatic monologues. To compete with the amazing acts that had just preceded me onstage - I was forced to become a performer. And that's how I got into show business.”

Mr. Oliver will bring an autobiographical performance to Rome that he did a couple of years ago in New York, where it was directed by Randy Sharp and received rave reviews from The New Yorker and The New York Times.

Mr. Oliver first transitioned into doing solo performances in 2009 with the show ‘East Tenth Street, but what was it that made him make the switch?

“The show ‘East Tenth Street’ came about because Randy Sharp and Brian Barnhart suggested to me that we make a show together based on stories I had told them over the years about my life in the rooming house on East Tenth Street where I had been living for thirty years. That show and my work with the Moth are I guess the two most strategic things in terms of all the storytelling shows I've done since then.”

What advice would he give to someone trying to do the same thing?