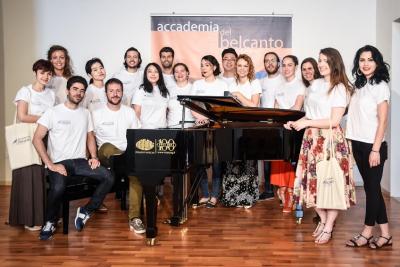 TARANTO - Applications are open for the Accademia del Belcanto “Rodolfo Celletti” in Martina Franca, Taranto, promoted and organised by the Fondazione Paolo Grassi in collaboration with the Festival della Valle d’Itria, according to a press release.

It was founded in 2010 to provide young opera singers with highly specialised training in the different aspects of technique, style, and performance of Belcanto. The auditions taking place in Italy are scheduled in Milan on Feb. 27 and in Bari on March 9. Participation in the course will be free for all accepted students.

Organised in the context of the Donizetti Opera festival, Bergamo’s Fondazione Teatro Donizetti will then select a number of pupils from the Accademia 'Rodolfo Celletti' to take part in a workshop on Donizetti’s vocality. The list of accepted candidates will be published by March 30, 2020.

Martina Franca’s Academy will accept a maximum of 15 pupils, aged 18 to 35, selected in two phases. The first phases will be on the basis of qualifications and recordings that have to be submitted by 12.00 p.m. on Feb. 15. The second phase will be dedicated to candidates who pass the first, and entails a live audition will be held either at the Accademia Teatro alla Scala in Milan or at the Teatro Petruzzelli in Bari.

Recognised by the General Directorate of Libraries and Cultural Institutions as a “school of national excellence operating in the field of the highest music education” together with eight other fellow institutions, the Accademia “Rodolfo Celletti” offers those admitted the opportunity to study Belcanto and the Baroque repertoire, the Lieder repertoire, and the Neapolitan School of the 17th and 18th centuries.