Prisoner on parole shot and killed outside home 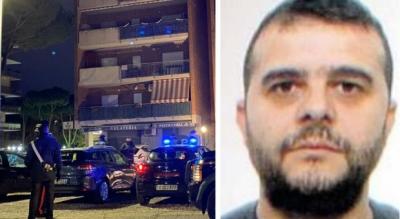 ROME – An Albanian prisoner on a day’s parole has been shot and killed outside his house in the northern suburbs of the Italian capital, judicial sources said.

Kasa Gentian, 43, was returning to Rebibbia prison late Saturday evening after a day on parole. He had left the house where his wife lives, in the Val Melaina area of northern Rome, and she became concerned at not receiving a call from him, as he would always call just before re-entering his prison cell. She went out onto the street and found his body, Il Fatto Quotidiano reported.

Gentian was shot four times, once to the head. The murder is thought to be the work of a group of people who fled after firing from a 7.65 calibre pistol. Neighbours were unable to tell the police anything useful, La Stampa reported.

“He was a worker, he had committed some crimes but he was trying to remake a life for himself,” his wife told police, Corriere della Sera said.

Investigators are not excluding any hypotheses. Gentian’s criminal record included drugs offences as well as theft and receiving stolen goods, creating suspicions the crime may be one of a series of allegedly drugs-related killings occurring in Rome in past months.

There could also be a connection to the Albanian mafia, who have become established in some areas of Rome and also cooperate with the Calabrian ‘Ndrangheta in trading drugs, Il Messaggero reported.

Investigators are examining CCTV footage for any evidence of the killers, Corriere della Sera said.