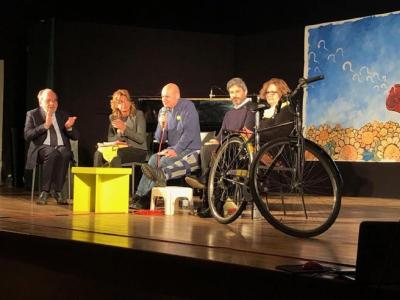 UDINE - On the occasion that marked the anniversary of Giulio Regeni’s murder, Chamber of Deputies Speaker Roberto Fico said 2020 had to be the year of truth, according to Corriere Della Sera. Regeni, an Italian PHD researcher, disappeared in Egypt on Jan. 25 2016. His body was found eight days later dumped on a highway with signs of prolonged torture, according to judicial sources.

Regeni’s bicycle was on stage during the event. Regeni had been a PHD student at Cambridge before he went to Cairo to continue his studies, and his bicycle was recently collected from Cambridge University and returned to Italy. The room where Regeni used to study in Cambridge has been named after him, and on Saturday a public memorial took place in Cambridge, as documented in a La Repubblica video report.

Fico pointed towards the resumption of judicial cooperation between Egypt and Italy – "Today we have five names in the register of suspects, five names that are also in the records of the commission of inquiry." A parliamentary commission of inquiry was set up in Dec. 2019 with the aim of mediating between the prosecutors, the politicians, and Guilio Regeni’s parents. “Four years, four governments, and we are still here,” said Giulio Regeni’s mother Paola Deffendi, before demanding that politicians do not offer Egypt contracts or incentives while also pretending to investigate the murder seriously, reported Corriere Della Sera.

Egypt are suspected of preventing the inquiry from discovering the truth. Italian magistrates are currently seeking evidence from a deposition in which a witness claims to have heard an Egyptian policeman admit to the killing. This time last year, Italian Prime Minister Giuseppe Conte was also urging political collaboration from Egypt and said that “three years waiting for the truth is too long,” according to Giornalettismo.