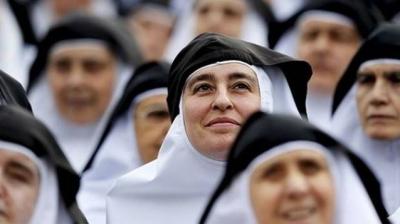 VATICAN CITY – Pope Francis has opened a refuge for nuns leaving the church, amid concerns of cases of violence and prostitution, according to L’Osservatore Romano. Cardinal Joao Braz de Aviz, in an interview with the paper to be released on Sunday, refers to the sexual abuse of nuns by priests and by other nuns.

The refuge has been opened by Francis to provide a place where nuns can make the transition from the convent to the outside world. The nuns are provided with basic living essentials while they are there and are given time to find a job. They also have time to recover if they have been subject to abuse, as they can have symptoms of PTSD, reported Il Fatto Quotidiano. It is not known where the refuge is located.

In his interview, Cardinal de Aviz reportedly claims that in one congregation alone, "nine of these cases have been reported" and that instances of prostitution are especially common with foreigners. The cardinal also points to “tough cases in which superiors have kept the documents of nuns who wished to leave the convent," according to Il Fatto Quotidiano.

The UISG, the International Union of Superiors General, a canonically approved Catholic women’s organization, have created a commission to monitor and evaluate the situation, reported the Vatican News.

The gender disparity in the Church has not always been well reported in the Italian press. In interviews with Il Fatto Quotidiano, Lucetta Scaraffia, a historian and journalist who reports on the abuse of women in the Church, has called the nuns “new slaves” in light of these revelations and the silence of the Italian press “incredible.”