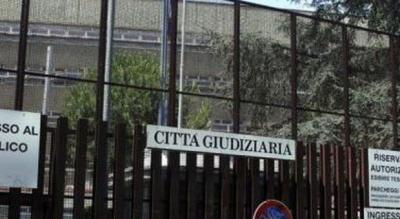 ROME – An Italian preliminary judge has scheduled a new court hearing for March 26 in the second criminal libel case brought by the FAO director general against Italian Insider’s chief editor after FAO lawyers opposed two requests by an investigating magistrate that the case be shelved on the ground there was no defamation.

A first hearing in the case was held last year after the FAO opposed a request by the investigating magistrate that the case be shelved as the articles cited by the FAO on then FAO Director General José Graziano da Silva’s links to Brazilian former President Ignacio Lula da Silva and former Peruvian first lady Nadia Hereda were not defamatory.

At that hearing last year the preliminary judge ordered the investigating magistrate to investigate a second allegation by the FAO that the Italian Insider was a ‘clandestine publication.’ The magistrate subsequently recommended that this charge be archived also after seeing proof that the Insider was registered regularly as a newspaper at the Rome Tribunal. The magistrate reiterated his initial request that the other allegation of defamation also be shelved as well.

Nevertheless lawyers for the FAO have again opposed the shelving of the case, meaning that a second hearing has been scheduled in March. Judicial sources said the FAO hopes that the new preliminary judge in the case will indict Insider Editor John Phillips for the second case despite the requests by the magistrate that the case be shelved.

Mr Phillips has lodged an appeal against a conviction on criminal libel charges last year handed down by the Rome Tribunal for ‘besmirching the image’ of the FAO and four of its executives. The judge in the first case in July ordered Phillips to pay as much as 60,000 euros in provisional civil damages and legal costs.

Reporters witout Borders and the International Federation of Journalists have condemned the judicial harassment of the Insider as clearly aimed at forcing the newspaper to close so as to silence its independent reporting.

The latest move indicates that the FAO, or at least its lawyers, intend to continue their efforts to stifle the Insider despite the official departure of Graziano and his replacement by Chinese Director General Qu Dongyu, diplomatic sources said.