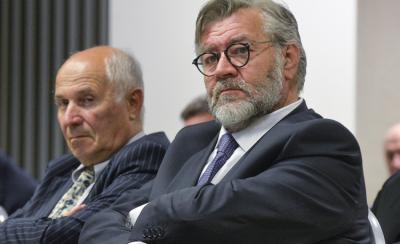 ROME – The Italian secret service have been tasked with opening an investigation into Tik Tok, the Chinese app booming in popularity, according to security sources. Copasir, the body of the Italian Parliament that oversees Italian intelligence agencies, has instructed the secret service to open the investigation. The President of Copasir, Raffaele Volpi, said that the government needs to"verify the use that the government of China makes of sensitive data of Italian users registered on Tik Tok.”

Launched in 2017, users of Tik Tok upload and share their home-made music and dance videos. Between Sept. and Nov. 2019, Tik Tok’s Italian user base tripled and reached 6.4 million, according to figures published by PrimaOnline. This explosion has been matched by user engagement in Italy, which has risen 75 per cent in the same period, and which places Tik Tok’s engagement directly behind Netflix, which only grew by 3 per cent.

With a minimum age requirement of 13 and downloads that exceed a billion and a half, Tik Tok brings with it plenty of commercial incentives. Following Sicily and Trieste, Bagheria is the latest Italian municipality to publically seek to take advantage of the app and revitalize their tourist industry. “We are interested in promoting Bagheria by any means,” the mayor of Bagheria, Filippo Maria Tripoli said in relation to the app.

Tik Tok was sentenced by the US Federal Trade Commission in 2019 to pay a 5.7 million dollar fine for taking children's data without consent. US investigations into Tik Tok allege that they remove content that does not conform to Communist Party directives, that they use data to perfect facial recognition software and that they pose a national security risk through the collection of users’ persona data. The app is further suspected of being used to compile a database on foreigners as part of the Chinese governments foreign policy aims, according to the Guardian.

In exploiting lucrative opportunities through Tik Tok, Italy risks being exploited in turn. Depending on Copasir’s report, Italy might choose to follow the United States’ cautionary approach to Tik Tok, as they did when similar concerns were raised over 5G. Following a cyber-attack on the Italian Public Administration, a previous Copasir report released in Dec. 2018 advised that the Italian government should "seriously consider" the exclusion of Chinese companies, according to formiche.

In Italy, 236 videos are uploaded onto Tik Tok every minute, according to Il Messaggero. As of Nov. 2018, the Leader of the Northern League Matteo Salvini is one of those uploading videos.

The President of Copasir has not downloaded the app.

“I don't want to let Beijing know what I do every day,” Volpi said.