Italian warplanes to 'stabilise' The Strait of Hormuz 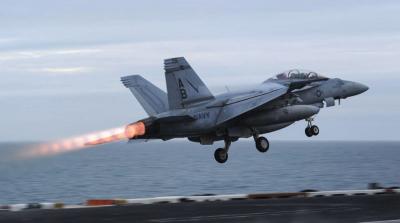 PARIS – The Italian government has agreed to provide warplanes and ships to a French-led coalition as the conflict between the United States and Iran continues, diplomatic sources revealed on Mon 20.

The coalition will be supported by Italy, Belgium, Denmark, France, Germany, Greece, Portugal and the Netherlands. The aim is to provide security in the Strait of Hormuz, a critical entry point to the Persian Gulf. The patrols will launch from two bases, and are expected to begin by the end of February, defence sources said.

Multiple countries have now deployed military units in the Persian Gulf. In November 2019, the United States launched Operation Sentinel alongside Great Britain, Australia and several countries in the Middle East, and have since deployed frigates and destroyers. The US invited many of its European allies to join their coalition. German Foreign Minister Heiko Maas said in response that the United States strategy of “maximum pressure” over Iran was unacceptable, according to Perspektive.

The decision of EU countries not to join Operation Sentinel has been interpreted as taking a different tactical approach – the EU does not want to pursue such a hard line on Iran, according to Corriere della Sera. Several countries from around the world have also entered the region as independent actors, with Japan and India sending naval and aerial units.

In June 2019, the US accused Iran of attacking two of its oil tankers near the Strait of Hormuz with limpet mines. The Persian Gulf is thought of as a chokepoint on the world economy, as the freedom of navigation is crucial for maintaining trade links and oil supplies.

Denmark, France, Greece and the Netherlands have already declared their contributions, the French Ministry for Europe and Foreign Affairs have said. It is not yet known how many planes or ships the Italian government plans to commit.