EU to revive Operation Sophia and re-engage in Libya 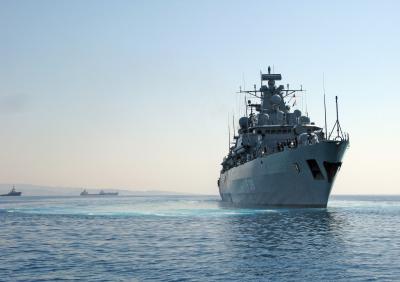 BRUSSELS –  On Tuesday the Council of the European Union met and agreed to revive Operation Sophia, which aims to prevent the Libyan arms trade and maintain the ceasefire officially in effect since midnight on Jan 12. Operation Sophia will aim to curtail the spread of arms in the region, and enforce the UN embargo on war supplies that has not been upheld.

The operation will be reorganized when foreign ministers next convene on Feb. 17, reports La Repubblica. The opportunity for the EU to play a more constructive role in Libya has arisen following a conference between world leaders in Berlin on Jan. 19. Of particular importance is the agreement reached between France and Italy, who had been supporting rival groups in Libya. Russia and Turkey have also promised to remove themselves from the conflict.

Despite the agreement on Tuesday, Italian reservations were raised at the conference. "It must be a mission to monitor the embargo and nothing else," said Italian Foreign Minister Luigi Di Maio. Italy has insisted upon such a limitation in the past, especially when ex-Interior Minster Matteo Salvini was in government, who did not want migrants rescued on ships and brought to Italy. In March 2019, Operation Sophia’s mandate was extended by six months, but only on the condition that it be limited to the air.

It is not yet clear what remit Operation Sophia will have. Without naval patrols in the Mediterranean, Operation Sophia has not been effective in the past, and in Brussels foreign ministers called for the reimplementation of sea patrols, Il Fatto Quotidiano reports. According to EU Foreign Director Josep Borell, Operation Sophia will “focus primarily on arms trafficking,” however, the mission will be legally obligated to assist any boat in difficulty.

Operation Sophia was originally launched from Rome as a naval mission in 2015 in response to the migration crisis, and was the largest naval mission in the EU. Only in subsequent years did it take up the role of enforcing a UN arms embargo in Libya. The current Libyan ceasefire is fragile, but provides an opportunity to mediate between Prime Minister Fayez al-Sarraj and rebel army leader Khalifa Haftar.