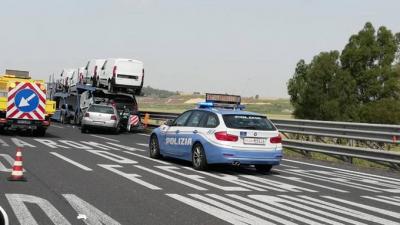 In the service area of the Basentatana motorway, an incident occurred late on Sunday morning between two sets of supporters in which Fabio Tucciariello, a plumber, was hit by a Fiat Punto and killed. Four more have been injured in connection to the attack, according to La Repubblica. One of the injured has been hospitalized in the San Carlo hospital, and has undergone surgery because of fractures in his arm and leg.

The man driving the car has been accused of murder and aggravated injuries. Charges levelled at the other 24 fans are of private violence and possession of potentially offensive objects. The Provincial Committee for public order and security in Potenza, chaired by prefect Annunziato Vardè, have called the incident a premeditated ambush.

Vultur Rionero and Melfi are old football rivals, but the incident occurred before two different sets of matches. Melfi fans were travelling to Tolve when their game was cancelled, while Vultur Rionero were to play in Brienza. The Vultur Rioneromatch was suspended around the 18 minute mark of the first half after hearing the news, according to Gazzetta.

"A Sunday of sport and celebration was destroyed by the madness of a group of troublemakers,” said the president of the Basilicata Region, Vito Bardi.