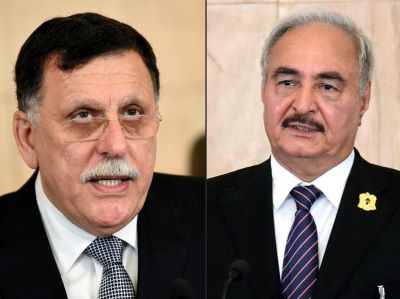 Italian foreign minister Luigi Di Maio is pushing for an intervention in Libya similar to the UN peacekeeping forces in Lebanon (UNIFIL) and Palazzo Chigi is ready to move troops to Libya to help guarantee ceasefire, Il Messaggero said.

Di Maio’s proposal for a European military force in Libya to keep the peace has been unenthusiastically received by the European Union, diplomatic sources report.  Although it has not been officially rejected, many consider it premature, as Libya peace talks are expected to be held soon in Berlin.

Ex-prime minister and Italia Viva leader Matteo Renzi has also spoken out against the idea.

There are currently about 250 Italian soldiers in Libya, Il Messaggero reports.

Both sides of the civil war agreed Saturday to the ceasefire proposed by Russia and Turkey – who support different sides, respectively General Khalifa Haftar’s Libyan National Army and the Government of National Accord, led by Fayez al-Sarraj.  However, both sides report fighting around Tripoli despite the ceasefire, which Sarraj and Haftar were expected to sign Monday in Moscow.

Haftar, who is supported by Egypt, Saudi Arabia, the United Arab Emirates (UAE), and Jordan in addition to Russia, has been unable to take Tripoli but has control of large areas of Libya including the city of Sirte.  Meanwhile, Turkey has sent troops to help Sarraj’s government, which is also backed by the United Nations.

Italy’s attempt to find a diplomatic solution backfired Wednesday when Sarraj cancelled a planned meeting with Italian prime minister Giuseppe Conte at the last minute having learned that Conte was meeting Haftar the same day.  Sarraj met Conte on Saturday, without Haftar.