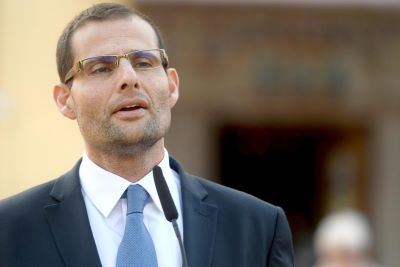 Abela was elected leader of the ruling Labour Party with 57.9 per cent, The Times of Malta reported, beating the favoured rival candidate Chris Fearne, who is deputy prime minister.

Abela, 42, who has never held a cabinet position, is a lawyer and son of former President of Malta George Abela.  He is viewed as a continuity candidate and did not criticise Muscat during the campaign, political sources report.

In his inaugural address to supporters Sunday, which Fearne did not attend, Abela said, “We did a lot of good in the past seven years.  Let’s be proud of it and continue to build on it.”

However, he also admitted the need for change, promising “I will implement the necessary changes. We made mistakes but we learnt from them and they will not be repeated. Only those who do nothing do not make mistakes.”

The opposition Nationalist Party has criticised Abela as another Muscat, The Times of Malta said.

Muscat, who has been in office for seven years, announced his resignation in December 2019 over the investigation into 2017 murder of journalist Caruana Galizia.  Following her exposure of high-level corruption in Malta she was killed by a car bomb.

Three men have been charged with detonating the bomb while in Nov. 2019 businessman Yorgen Fenech was arrested in alleged connection with the case onboard his yacht.  Malta saw public protest and widespread criticism of Muscat’s handling of the case, especially as his chief of staff Keith Schembri was arrested (although later released) in alleged connection with the investigation.