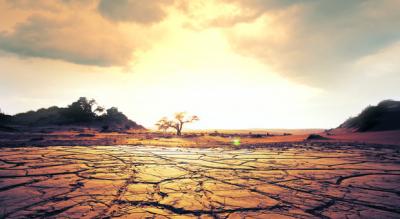 Sweden’s contribution supports IFAD’s commitment to invest at least 890 million dollars in climate-focused actions by 2021. Such actions include improving the resilience of 24 million people to climate shocks, and helping client countries implement the nationally determined contribution targets set under the Paris Agreement.

“The effects of climate change are hitting the poorest and most vulnerable hardest. We need to lessen the impact and make sure those who depend on small-scale farming are more resilient in order to secure their livelihoods. IFAD is uniquely positioned to reach these poor and vulnerable women and men,” said Swedish Minister for International Development Cooperation Peter Eriksson.

“Climate change is not just a problem for the future. It is happening now. It is already affecting the food security and incomes of small-scale farmers,” said President of IFAD Gilbert F. Houngbo.

“I would like to thank Sweden for this additional contribution which demonstrates their recognition of climate change as a driver of poverty and hunger. This funding helps ensure that farmers can adapt and become more resilient to climate shocks so that they can keep growing food and supporting their families,” he added.

This contribution comes at a time when Southern Africa is facing its worst drought in 35 years, with over 11 million people in nine countries facing emergency levels of food insecurity. Extreme weather events, such as droughts and floods, put pressure on the ecosystems small-scale farmers depend on, leaving them particularly vulnerable to increased hunger and poverty, and often forcing them to leave their villages.

It is estimated that each degree-Celsius increase in global mean temperature would, on average, reduce global yields of wheat by 6 per cent, rice by 3.2 per cent, maize by 7.4 per cent, and soybean by 3.1 per cent.

“Greater investment is needed now to enable rural people to take adaptation actions and also to realize their potential contribution to mitigating the impacts of climate change,” said Houngbo. “We need to ensure that farmers can remain working on their land to ensure global food security, peace and stability.”