Italy to keep forces in Iraq as tension rises 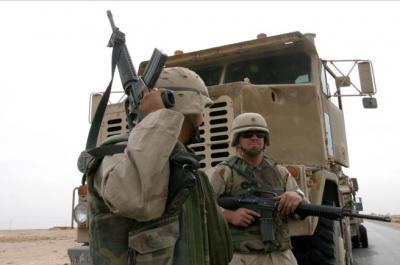 Il Messaggero reports that some Italian carabinieri will be relocated from the “Union 3” compound in Baghdad to elsewhere in Iraq, as the compound is no longer safe.

Iran responded to the Jan. 3 assassination of Iranian General Qasem Soleimani – at whose funeral over 50 people were crushed to death – with a ballistic missile attack on two air bases in Iraq (al-Asad and Erbil) holding US troops late on Tuesday night.

The number of casualties is as yet unclear, with Iranian sources claiming 80 dead.  Italian defence sources have said that the Italian soldiers in Erbil were not harmed.

The price of oil has risen following the attacks.

On Tuesday afternoon, Italian Defence Minister Lorenzo Guerini held a telephone conversation with the United States Secretary for Defence, Mark Esper.  Guerini highlighted that the Italian priorities were “the stability of the region and of Iraq” and the need to “preserve the results of the struggle against Daesh achieved in these years,” Il Messaggero reported.

“Italy’s decision to maintain forces in Baghdad is important.  It demonstrates Italian resolve and a commitment to Iraqi stability.  Thank you, Minister Guerini,” said Esper on Twitter.