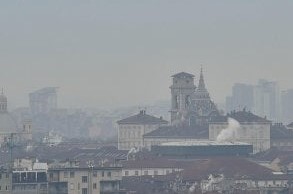 TURIN – Diesel cars with European emission standards 5 or under have been prevented from travelling in the Piedmont capital Wednesday as the city is on a red alert for smog, local authorities report.

From Wednesday morning vehicles of diesel Euro 5 or under cannot travel in Turin, keeping an estimated one million vehicles off the roads, La Repubblica reported.

Environmental offices recorded Tuesday the tenth consecutive day of microparticle levels of over 50 micrograms per cubic metre, prompting the ban.

Local authorities had already put in place measures to combat the smog on Jan. 2, such as banning diesel vehicles of European emission standards 2.

The Piedmont cities of Alessandria and Novi Ligure are also on red alert for smog.

This is the first time that Turin has been put on the emergency red level since Oct. 1, when agreements on air quality in the Padano basin entered into force, La Repubblica said.